This action is divided in 5 sections in order to monitor the main objectives of projected Conservation Actions. It is expected to deliver annual reports regarding its progress. 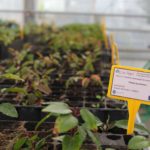 Since the beginning of the project, we have been following the seed germination rate and plant survival rate of propagation material (seeds and cuttings) collect in Action C1. This work is being developed by CICYTEX.

It was installed 41 permanent transects, where the vegetation is analysed annually in the spring and autumn. This will allow vegetation evolution assessment after the implementation of the planned management measures. Monitoring will be done by comparing the pre-project situation with the post-intervention situation. The transects were installed in all three intervention areas (Estrela Mountain, Mata da Margaraça and Monchique). 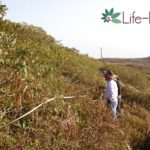 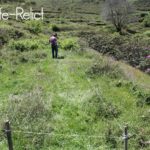 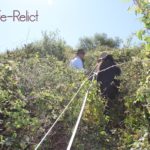 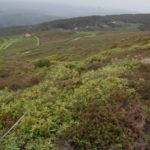 The first inventory of floristic species throughout all transects was done in the spring of 2018 and repeated in autumn 2018. The compiled species list and its occupancy area is reviewed each year and will monitor the development of the management measures throughout the project. So far, the results show a very significant presence of heliophilous species, especially in C5 areas, but also in C3 areas, which immediately supports the need to control this type of vegetation, in order to reduce fire risk. In Estrela, results show the lack of P. lusitanica in the C4 and C7 intervention areas and a variable presence in the C2 transects. Also, a very significant presence of heliophilous species was observed, both in the areas of P. lusitanica and in the areas of C4 and C5. In Margaraça the results are similar although it shows the impact of the fires in the territory. In Monchique, as expected, Rhododendron is non-existent in the intervention areas C5 and C7 and has an average coverage of around 60% in the monitored areas to be intervened by action C3. Also, floristic richness is greater in transects installed in areas of Rhododendron. 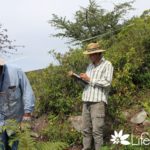 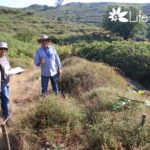 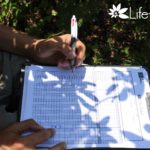 Also, soil samples were taken along transects at 3 different points and at different depths. This will make possible to determine the composition and texture (soil quality) before starting field interventions. Following the implementation of the planned management measures, new samples will be taken in the same transects so that a comparison can be made between samples. 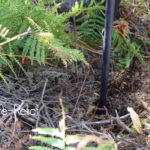 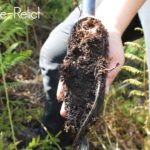 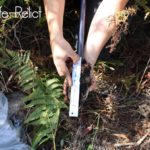 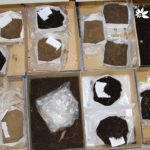 A plot with 100 m2 was selected in order to monitor Acacia dealbata areas. Further, it was collected information on species presence, location (latitude and longitude), diameter at breast height (2 perpendicular measures), tree height, distance to canopy and canopy diameter. For Hakea sericea areas, as it is very difficult to get inside this community, the monitoring values were taken after the species were cut under action C6. In the Acacia dealbata plot, 52 trees were counted (49 Acacia delabata, 2 Arbutus unedo and one Pinus pinaster). The average height of A. dealbata trees was 10.2 m, the height to canopy 6,17 m and the canopy diameter was 1,8 m. These values show that the area is made up of tall and very dense plants.

Photo showing the heigh of a Hakea sericea in Cabeça, Seia – Click in the image to enlarge 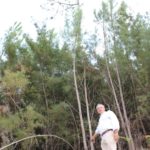 The first report, concerning pre-intervention state, was already delivered. The field work from 2019 is concluded and information collected in excel spreadsheet.

The socio-economic impact of the project on local economy is being monitored, namely employment, business development, contributions to social equality, increased knowledge and skills of the population and stakeholders in the target territories, during the course of the project. To this end, this action was divided into 3 sections:

35 indicators were defined, among them: employment, business development, training, eco-tourism, environmental awareness and education, dissemination of the project to the general public. At the same time, the reference situation was established, a SWOT analysis and a structural analysis were carried out, with the aim of defining and understanding the socio-economic dynamics and the potential impact of the project on the 5230 * habitat.

Section II. Conduct surveys and questionnaires for web users, about the site, and its contents (E1).

The objective is to analyze the impact of the project on the knowledge of users of the World Wide Web and social networks about the target habitat and analysis of the contribution of the Internet, as a vehicle of information and awareness for conservation. To this end, 100 online surveys were carried out and all the information treated is reflected in the monitoring report.

Section III. Monitoring the knowledge of the population in the intervention territories about habitat 5230 (actions E1, E2, E3).

In order to verify the impact of the information transmitted during the project, questionnaires are being carried out annually to the local population (photo 1) in each intervention area. In this way, the effect of the dissemination actions on the knowledge of the 5230 habitat * will be evaluated, as well as the knowledge on related topics, such as invasive species, ecosystem services, fire prevention and biodiversity. 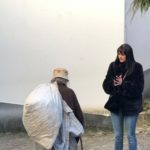 Ecosystem services are important benefits that people obtain from natural systems, and its associated biodiversity, for their well-being. However, many of the ecosystem goods and services are produced at habitat level and, consequently, directly associated with land cover. Any actions or decisions that induce a change in land management will interfere with habitats ability to produce these goods and services and also will affect species conservation. In this sense, it is important to know how Life-Relict project can or will influence the habitats capacity to produce ecosystem services in its intervention areas.

In the end of 2019, a initial report was made, based on the TESSA methodology, with the intention to take a first look at the role of ecosystems in the project areas, assessing the current state and estimating an alternative state based on expected results after the execution of Life-Relict project. The habitats that currently occur the territory were identified as well as the activities that have, or may have, impacts on land cover. Then, a predictive cartography of future land occupation (within a period of 20 years) was made, considering the impacts that identified activities have on current habitats. In this process, only activities related to Life-Relict and natural dynamics were considered, since these are the only results that can be predicted cartographically. Then, ecosystem services associated with current and future habitats and their respective territorial extension (based on current and future mapping of habitats) were identified.

Twenty-three ecosystem services were identified of being produced by habitats present in Project areas and each habitat was assessed on its capacity to produce these same services. In general, the results obtained show an increase in main ecosystem services in these territories, largely due to predicted increasing area of native forests. Of the 23 ecosystem services identified, 13 will be monitored in detail due to existing limitations in human, logistical and financial resources necessary to monitor all of them. These services will be 4 from regulation and maintenance services, namely fire protection (protecting people from fire); maintaining nursery populations and habitats; pest control (including invasive species); decomposition and fixing processes and their effect on soil quality. Plus 3 services from provisioning such as wild plants used for nutrition; fibres and other materials for direct use or processing and seeds collected for maintaining or establishing a population. Finally, there will be 7 from cultural services such as active tourism, health and leisure services; passive tourism, health and leisure services; scientific research and traditional ecological knowledge; environmental education and training; symbolic elements; existential value and value for future generations.

At the end of the project, the final report will be produced, where all the results of the monitoring of the selected ecosystem services will be presented.

At the beginning of 2019, after collecting all the financial information needed, we proceeded with the cost-efficiency analysis for the 3 action started until the end of 2018 (C1, C3 and C7) and thus, delivering the initial report. The analysis was made with the following methodology: for C1 we compared the cost of seed recollection and plant propagating with the number of plants produced; for C3.1 and C7.2 sub-actions we divided costs by the number of hectares executed under each action.

These results should be regarded as a first approach, because we expect them to change in the next years. For example, in 2019 we improved C1 procedures allowing a higher success in seed germination and plant installation. Also the value of the purchased material, will be diluted for the remaining years.

It is expected to delivered the second and final report in the end of the project.

Since the beginning of Life-Relict, we have collected the necessary information to fill in Project Performance Indicators with the help of all partners. The reports of 2018 and 2019 have been delievered.

Regarding the last report (2019), the best improvements were obtained for indicators related to biodiversity resilience, as consequence of interventions made in C1, C3, and C7 to decrease fire hazard and improve relict communities structure. Also with great improvement are the indicators linked to communication, dissemination and awareness, as consequence of actions E, such as: students and local population involved and success of the Web and Facebook pages (measured by the number or visits and number of followers, respectively). There was also an improvement in the indicators related to forest management, resulting from the improvement of some areas of Portuguese Laurel.

In relation to KPI, the same report shows that management measures carried out so far have contributed to improve indicators such as: 1.5. improvement of the conservation status of an area; 4.2.1. broad leaf forest management, 7.3. habitat condition and 7.5. Annex I habitats. However, due to some delays mentioned before in management work, these indicators still have low values. It is expected to be reversed in 2020. On the other hand, the success of activities carried out in actions E’s have been translated into the great improvement of a set of indicators, in particular: 11.1. Number of individuals/unique visits of the webpage; 12.1. Networking and 12.2. Professional training and education. In relation to this indicators, except for “Publications/Reports”, goals foreseen for the end of the project have been already achieved.

It is expected to delivered a report every year until the end of the project.

For more information on other actions, please click on the following images: 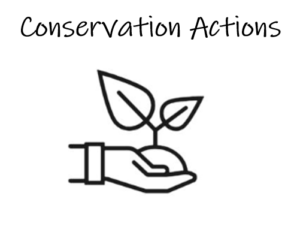 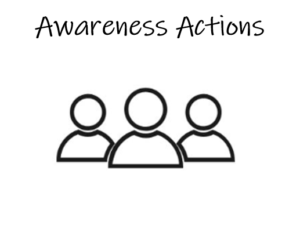