On May 17th, the team of Life-Relict visited the Bussaco National Forest and the intervention areas of the Life Bright Project. Here, it was possible to learn about the management actions carried out to control of invasive alien species and the recovery of the habitats that this iconic National Forest hosts. 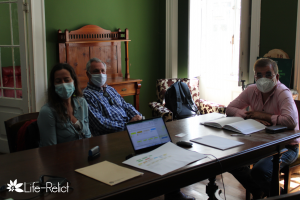 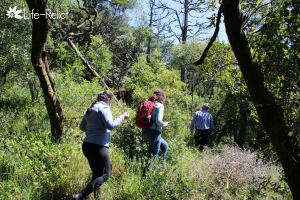 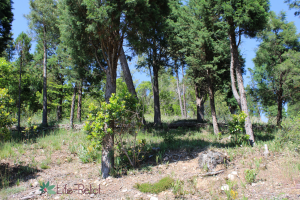 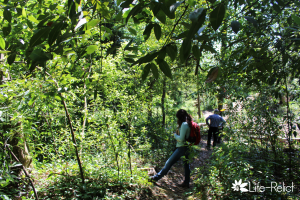 During the guided tour, it was possible to observe, in loco, the results of the efforts to control invasive alien species, such as the blue wattle (Acacia spp.), also present in the intervention areas of Life-Relict Project (i.e. surrounding areas of Cabeça village in Seia, Estrela Mountain).

Invasive alien species are those species that, not being native to a specific territory, proliferate aggressively there, affecting the characteristic biodiversity of that place. For example, acacias, a very invasive plants from Australian, compete with native species for the same resources (water, nutrients and space). Unfortunately, in Portugal, acacias are gaining more and more grounds, in detriment of our natural values. For this reason, biological invasions are now considered one of the main threats to biodiversity conservation. Thus, these two LIFE projects have in common the fight against invasive alien species.

The Life BRIGHT project – whose acronym is the initials of “Bussaco´s Recovery from Invasions Generating Habitat Threats”, started in 2011 and lasted for 7 years. The main purpose was to test, demonstrate and disseminate a set of conservation practices for the natural heritage existing in Bussaco National Forest, such as the conservation and enhancement of the relic habitat here present and, control and eradication of invasive exotic flora that threatens the habitat and other species as well as promote active involvement of diverse audiences, entities and civil society. This project was coordinated by the Mata do Buçaco IP Foundation and had the partnership of the Municipality of Mealhada and the University of Aveiro.